Urged by global commitments under the MDGs and the Education for All goals that India pledged to at the World Education Forum (Dakar 2000), the parliament of India passed the Right to Education (RTE) act in 2009. The RTE went further than the reforms formerly introduced under the National Policy on Education (1986) to make education a right for each and every child in the age group of 6-14 years.

While the RTE has contributed to considerable improvement in enrolment rates in schools, retention of students continues to remain a worrying issue in India. Despite a fall in the absolute number of dropouts, India continues to have one of the highest number of dropouts in South Asia and the second highest in the world. In fact, according to the UNESCO e-atlas on out-of-school children (2015) 14% of dropouts from across the world are Indian.

In 2011, Quest Alliance was one of the implementing partners of USAID’s School Dropout Prevention Program (SDPP) that worked  on mitigating student dropout in primary and secondary schools in the Samastipur district of Bihar. At the end of the SDPP project Quest Alliance adopted the initiative  n as Anandshala (which in Hindi means ‘happy schools’), in partnership with the Bihar Education Project Council. Today, Anandshala continues to be focused on building a district-wide replicable model that aims to increase collective ownership of all stakeholders in the learning experience at government schools to make these schools into joyful spaces where every child stays, engages and learns.

As a milestone in its work towards preventing dropout, in 2018-19, Quest Alliance undertook a landscaping exercise, to draw from the collective experience of a diverse set of organizations; to initiate conversations, gather inputs from practitioners and consolidate them into a repository of good practices. It is envisioned that these learnings can help enable cross-learning around effective dropout prevention strategies in India.

This blog post presents an overview of the learnings from the landscaping exercise, while highlighting  key approaches working to address the dropout problem in India.

But first, who is a school dropout?

A major challenge to understanding and addressing the issue of school dropouts is related to the lack of a common understanding around the term ‘dropout’. With no universal agreement over this definition, estimating numbers and types of dropout continues to be a major challenge that interventions across the globe, struggle with.

However, our research highlights that estimating dropouts based on methodologies that rely on cumulative presence or absence in schools does not give a sense of the extent of a child “being on school” and potential risk of his/her dropping out. Thus, it emphasizes on understanding dropout prevention strategies by understanding patterns of attendance, rather than year-end accounting of cumulative attendance. 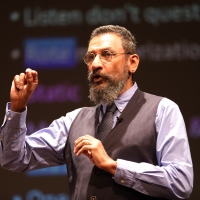